We have already tried to give a new face to our Museum ten years ago. We were forced to do it because of archaic and unsatisfactory condition of the historical building of the Museum as well as a need to revitalize the existed permanent exhibitions. At the first we wanted to partially modernize the building and its exterior, however, after a depth analysis of its condition we decided for complex restoration. In 2008, we submitted an application for an irretrievable grant from the European Fund of Regional Development that was approved in 2009. Then it was started a protracted and complicated process of a contractor selection – at the first for a building part, and almost simultaneously for an exposure part of the project. And of course, obstacles that complicated and enlarged the process appeared as well. During construction works there were uncovered archaeological finds and original ceiling paintings what interrupted work for some time. Lastly in 2014 we were finishing work on the building, and works on permanent exhibitions started. Our intention was to revitalize the existed permanent exhibitions, to enlarge the exhibition area, to expand the professional focus as well as to complete the all presentation spaces that were in the historical building. At the end of 2015, there was finished work on the exposure part of the project, and permanent exhibitions were ceremoniously open. At the beginning of January 2016, the whole object was made public.

The permanent exhibitions are divided into 2 main parts. They are placed on 4 stories, from the basement to the loft with a total area of 1,400 m2. In the basement, there is installed the permanent exhibition Karst and Caves of Slovakia that represents kart phenomenon in all contexts – from hydrology, through surface and underground karst and their protection, ice caves and their protection, cave filling, biospeleology and speleoarchaeology till speleology as the man’s activity, by which he discovers the world of dark and silence, and perception of this activity as a hobby, science branch, collectibles, or art inspiration. Here there is also a space for club activities, work with visitors as well as a relax place with a possibility to watch films about work of the Museum curators, or historical films about cave discovering from the Museum collections. 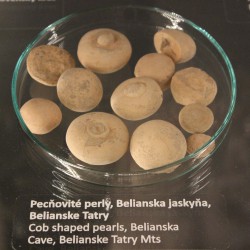 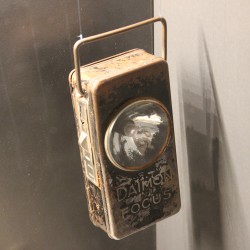 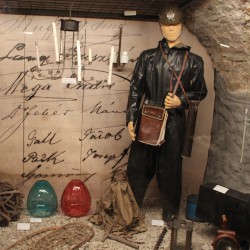 At the ground floor, there is a permanent exhibition devoted to history of the building and the institution. It offers possibility to watch several films documenting the Museum reconstruction, history, the Museum and the Archive collections and curator’s work. It is completed by artefacts from archaeological research realized during construction work as well as beautiful restored parts of original wall paintings. At this floor, there are also placed other presentation spaces – an exhibition room and a polyfunctional room serving for conferences, workshops, lectures, and environmental education.  The specialized Museum library is here as well.

At the first floor, there is placed the permanent exhibition Protected Nature of Slovakia – The Earth, a Place for Life that includes information about geodiversity and biodiversity of the life and their protection. It begins with a presentation about origin of the Universe and our Planet. A mineralogical system from elements till basis groups of compounds follows. This part also informs about protected and precious minerals, fragments of several Slovak meteorites, or mining of raw materials and minerals. In the part devoted to living nature, we begin with plant and fungi kingdoms, samples of endangered plants, relicts, and endemic species as well as a film about photosynthesis as one of the greatest wonders of the life. You can also get knowledge about various types of biotopes and species living in them, and hear sounds of animals exhibited here. We offer information about domestic species, invasive species, and species living in our near surroundings. The next part is devoted to history of nature protection in Slovakia, and you can also gain knowledge about the essence of life, DNA, genetic code, and bases of biodiversity. Here we also introduce tree the most important conventions on nature protection, maps of protected landscapes, diorama of protected species of European importance, and selection from the best photos of landscapes of European interest and species of European interest. In the next part, we can think about our access to environment. 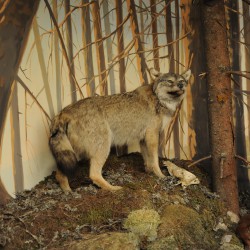 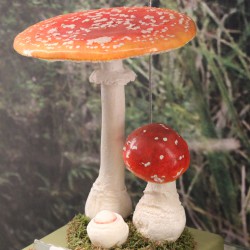 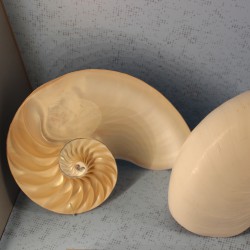 At the loft, there is installed the permanent exhibition Protected Nature of Slovakia − Humans, Mountains, NATURA 2000 focused on problems of sustainable development. Here you can get to know with economic and free time activities of the man that had and have impact on the countryside and surrounding nature such as forestry and timbering, agriculture mainly in marginalized areas, beekeeping, fishery and hunting. All they are necessary from the standpoint of economy, or they can be interested hobbies of the man. In the next part, there are presented free time activities in the nature, which help to regenerate physical and psychical forces of the man such as tourism and mountaineering, or skiing and ski-alpinism. The last part informs about rescue service in the mountains as well as impact of the man’s activity on climate of our Planet. Here you can also find an interactive space for children, pupils as well as adults. From the loft, you can get to the lookout, from which there is a beautiful view at the dominants of the Liptovský Mikuláš City, and mountain ranges belonging to two the most important protected areas of Slovakia – the Tatra National Park and the National Park Low Tatras.