A request for establishing the Museum library resulted from the first statutes of the Slovak Karst Museum from July 18, 1932 (today’s Slovak Museum of Nature Protection and Speleology). The basis of the Museum library was a private library of Ján Volko-Starohorský who initiated publishing of his professional works in the edition “Museum Library”. The Museum gained a lot of professional literature by exchange for these publications. This literature and valuable collection of 112 works of Ján Volko-Starohorský became a part of our library, and readers have used it up to now.

On September 10, 1949, the Museum was included into the new-established institution Slovak Speleological Society. Just in this period there was started the systematic building of the specialized speleological library.

In 1955 nationalization of the Museum and its declaration for the scientific workplace contributed to library development as well. Publishing of the monograph of the Demänová Caves, and the first year of the Slovak Karst Proceedings in 1956, gave rise to literature exchange. At the end of 1958 the library had 2,430 library units mainly of speleological, homeland, and museological literature.

On July 1, 1981, after the Museum integration into the new-established institution of the state nature protection – the Central Administration of State Nature Protection, the Museum as the Museum of Slovak Karst and Nature Protection started slowly to get away from its original focus. Gradually it was re-built on the central museum workplace of the state nature protection, and a branch of naturalist and protectionist literature started to be created in the library.

Nowadays our library is profiled to the only one specialized library of its kind, and it has an irreplaceable position among Slovak libraries. Its activities are subordinates to tasks and focus of the Museum. It systematically completes and preserves literature of naturalistic, homeland, touristic, and museum characters. In gaining literature within the literature exchange, the library cooperates with almost 30 countries of the world, more than 150 exchange partners (speleological institutions, clubs, museums, protection institutions, etc.). Cooperation with the Czech, Polish, Hungarian, French, Germany, Austrian, Croatian, Slovenian, and Italian partners is the most intensive one.

Nowadays the library owns almost 27,000 library units while an annual increase is about 400 ones (books, separates, and audio-visual documents). Books are ranked according to international library decimal classification. Almost two thirds of literature the library gains by exchange for our magazines Slovak Karst and Naturae Tutela. From language standpoint, there is mostly presented literature in Slovak, Czech, English, Polish, Hungarian, and French languages. A part of the fund includes 650 old prints till 1918. The library owns a complete work of Ján Volko-Starohorský, works of Radim Kettnr, Jozef Kunský, Alfred Bögli, Hubert Trimmel, Karol Siegmeth, Jozef Krenner, and other important personalities. Pride of the library is one of the first monographies about the Dobšiná Ice Cave by Janos Pelech from 1884 in Hungarian, Germany, and English languages.

The library provides services not only for the Museum workers but also for broad public. It is used mainly by visitors interesting in caves and nature protection – students, voluntary speleologists, scientific workers as well as nature lovers who find here information needed for their work, study or broadening of their general knowledge. They can also use the newest numbers of specialized periodicals, or language and encyclopaedic dictionaries. 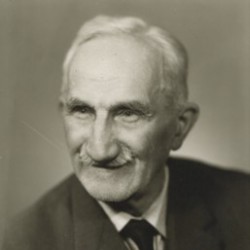 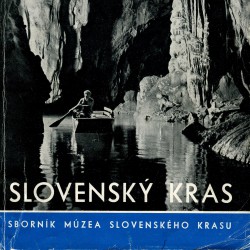 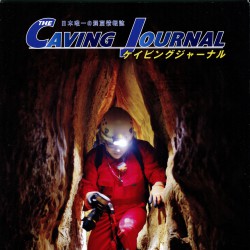