History of the Museum Building

A building of the Slovak Museum of Nature Protection and Speleology at the School Street was originally built as the Jesuit Monastery. In Liptovský Mikuláš Jesuits already came as missionaries in 1729. Education was one of the mission priorities, and so it was needed to gain a suitable building for developing the school and pastoral activities. Therefore, they requested the Empress Maria Theresia for a land in the Vrbický Hušták Area, which she allocated him by the Decree issued on July 10, 1750. Jesuits gradually built here not only the order seat but also gardens, and fishponds. The Monastery was built in the baroque-classicist style. Jesuits settled here till 1773 when their order was revoked, and they had to leave the town.

By the Maria Theresia’s decision from 1777 the whole Monastery took over Franciscans. Thanks to financial support of the Empress the Monastery started to increase.

The Franciscan Monastery was definitely revoked by the Regulation of Jozef II in 1787, and the building was abandoned for some time. During the centuries, it was used for various purposes.

In 1949 – 1950 there were relocated collections of the Slovak Karst Museum here, and under the title of the Slovak Museum of Nature Protection and Speleology the Museum has settled here up to now.

In 1956 – 1990 the building was reconstructed several times; however, the most extensive reconstruction was realized in 2011 – 2014 within the project Reconstruction of Historical Building, Cultural Monument for Environmental Education. The aim was to increase the attraction of the Museum spaces from technical and aesthetical viewpoints as well as to improve the possibilities and forms of Museum presentations. 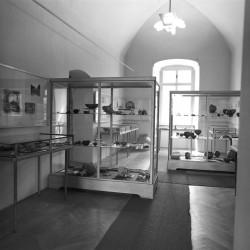 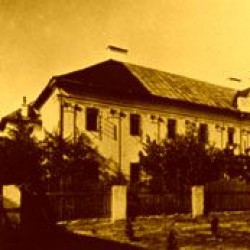 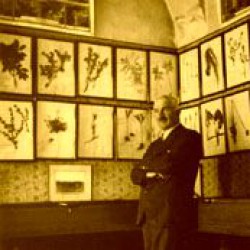 At the beginning of the 20th century several scholars supported an idea to establish a museum collection oriented on the Liptov Region in Liptovský Mikuláš. On the initiative of Rehor Uram – Podtatranský, Václav Vraný, and Ján Volko – Starohorský, the Liptov Collection originated on the General Assembly on December 1904 near the Meštianske kasíno Casino in Liptovský Mikuláš with Václav Vraný as its administrator. The Liptov Collection disappeared after time; however, a part of it was deposited in the house of Ján Volko ­ Starohorský’s father, and a part in the Martin Museum.

After World War I Ján Volko – Starohorský tried to renew the Liptov Collection that was temporarily deposited in a cabinet of the Hodža’s Gymnasium. Thanks to him on May 24, 1928 in the Hostinec u Trnovských Pub there was held a session about possibilities of establishing the museum oriented on Slovak caves and karst in Liptovský Mikuláš.

In 1928 – 1930 there was established the Preparatory Committee of the Slovak Kart Museum, and appointed the first curatorium that elaborated a proposal of statutes, and rented spaces in the County House.

From the beginning development of the Slovak Karst Museum was influenced by the lack of spaces. After many unsuccessful efforts to provide the own building there was at least gained another spaces on the ground floor of the District Council. Future development was affected by changes after the World War II. In 1947 according to proposal of the Slovak Museums Association there was discussed of transforming the institution in the all-Slovak speleological museum.

Slovak Karst Museum as a part of the Slovak Speleogical Society

On September 1949, the speleological corps Slovak Tourists and Skiers Club was transformed in the Slovak Speleological Society that took responsibility for the next Museum fate. At the end of the year it rented spaces in the District Court Building. There were gradually relocated all collections here, and on July 1951 the first speleological permanent exhibition was made public. With regard to all-Slovak character of the Museum, the Slovak Speleological Society prepared proposal for its nationalization, and it was taking over by the Regional National Committee with Vojtech Benický as the first director. From April 1, 1954, the Museum ranked among all-Slovak museums with central administration. From January 1, 1956, it was included into the today’s Slovak National Museum in Bratislava, and from 1958 it started to publish the Slovak Karst Almanac. At that time, the Museum paid great attention to voluntary speleologists, and mainly to a question of their existence near the Museum.

The Slovak Caves Administration was established in 1970, and the Museum became its part as a research and documentation workplace in the field of caves and karst phenomena. The Slovak Speleological Society organized near the Slovak Karst Museum was a part of the new institution was as well.

Today the Museum represents a specialized centre of museum work with regard to completing the documentation about development and current state of nature protection and speleology.

In the present thanks to structural funds of the European Union there is improved material, technical and space equipment what results into increasing the environmental awareness of the broad public by acquisition, education, lecture, publish and exhibition activities. 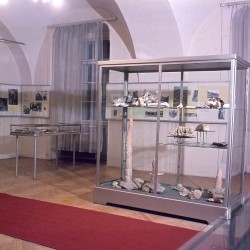 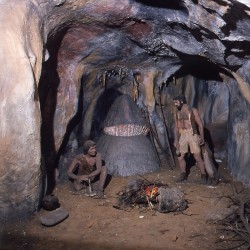 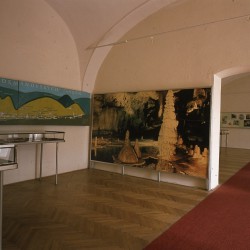