They include map documentation of caves, measuring instruments and aids as well as speleological aids and equipment.

The collection of cave maps and plans is created by items that document development of mapping the underground spaces in Slovakia from the oldest times to the present. They come from measuring activities of voluntary speleologists and specialists from various institutions of the Slovak caves – maps, plans and sketches of the underground (ground plans and sections of caves and abysses) and surface (surface situations with marking the underground spaces or positions of karst localities and phenomena). Original plans of the Dobšiná Ice Cave by E. Ruffiny from 1871 – 1887, work researches of V. Adámek and J. Belza in the Demänová Cave of Liberty in 1922 – 1923, work researches of E. Paloncy from 1928 – 1934 in the Demänová Cave of Liberty, the Domica Cave and the Belianska Cave as well as work researches of R. Kettner and Z. Roth from 1936 – 1938 in the Domica Cave belong to the most important collection items. The basis of the collection of measuring instruments is created by instruments and technical equipment that were used in cave measurement for making out the maps, plans, and other documentation. Besides them, the collection also includes geodetic instruments from the end of the 19th and the beginning of the 20th centuries, for example a theodolite of J. Volko-Starohorský, or a mine hanging compass of E. Poloncy.

The second most numerous collection represents items of technical character that were used in cave researches, and cave operation. The numerous part consists of cave luminaries – lamps used in illuminating the show caves and personal cave lamps. A mine oil lamp from the 19th century found in the Lisková Cave and an oil lamp of E. Ruffiny, a discoverer of the Dobšiná Ice Cave belong to the oldest items of this collection. Very interesting ones are also tall candles and torches from the Belianska Cave, and carbons from arc lamps from an original electric illumination of the Dobšiná Ice Cave. From climbing equipment used in cave research, there is the most completed collection of climbing ladders − the oldest of them comes from the end of the 19th century, and it was used in research of the Dobšiná Ice Cave. A numerous one is also the collection of climbing aids for two-rope and one-rope techniques developed in Slovakia. The various collection is created by speleological backpacks, overalls, and other accessories needed in practical speleological research. A separate part belongs to the items used in diving research in underground spaces flooded by water. 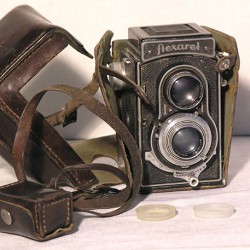 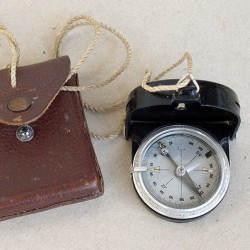 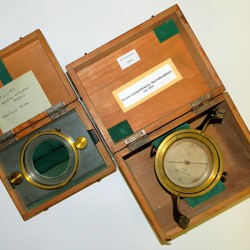 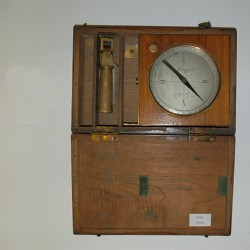 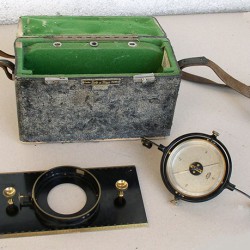 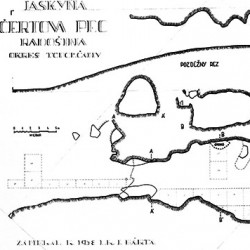 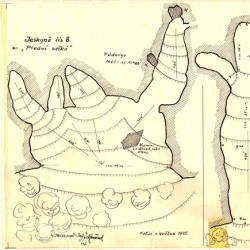 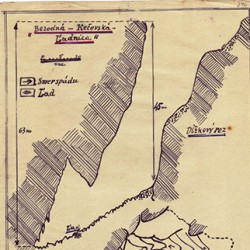 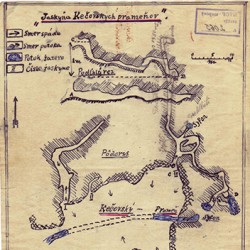 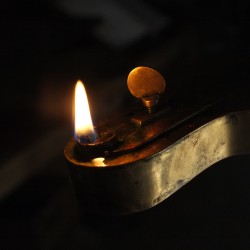 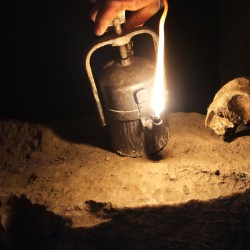 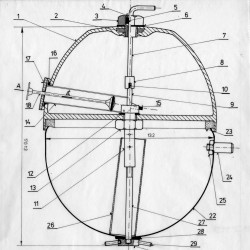